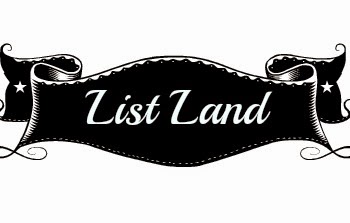 Welcome to the first List Land post of 2015. 2014 was out exactly three days ago and although it was an ok year when it came to books we need to do a small countdown on the five books we could not finish and why.

The Ghost Bride by Yangsze Choo
I was waiting for this book to be releases for some time. The whole plot, the characters, the description everything was amazing to me, everything felt so real and magical until we hit the middle of the book and everything became a mess. The plot suddenly had 50 different subplots with another 50 sub-subplots. It was crazy, that alone made me lose interest in the book because it was too confusing.

Winter Longing by Tricia Mills
Although the idea of the book was good the book itself was not good at all. First of all, we have a character mourning for a character we know nothing about and memories dont exactly help in liking someone, therefore I could not connect with them and I dropped the book.

Across the Universe by Beth Revis
The idea again was great but in action the book lacked something. Also, the characters were pretty weird for me and some things were sexist and off.

Angel Evolution by David Estes
In the tradition of Twilight and Hush Hush series this series had to do with a mortal and an immortal, an angel. It all started too fast and there was lack of emotion and it seemed to me that the mortal character was accepting everything paranormal around her with ease. Yes, it is a paranormal book but a little reality in it doesnt really hurt anyone.

Let Me Off At The Top by Ron Burgundy
One word: Stupid
Posted by The Accidental Reader at 5:00 PM