ARC Book Review: How We Deal With Gravity by Ginger Scott 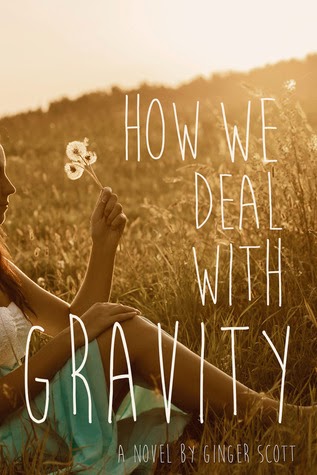 When her son Max was diagnosed with autism, Avery Abbot’s life changed forever. Her husband left, and her own dreams became a distant fantasy—always second to fighting never-ending battles to make sure Max was given opportunity, love and respect. Finding someone to fight along her side wasn’t even on her list, and she’d come to terms with the fact that she could never be her own priority again. But a familiar face walking into her life in the form of 25-year-old Mason Street had Avery’s heart waging a war within. Mason was a failure. When he left his hometown five years ago, he was never coming back—it was only a matter of time before his records hit the billboard charts. Women, booze and rock-n-roll—that was it for him. But it seemed fate had a different plan in mind, and with a dropped record contract, little money and nowhere to go, Mason turned to the only family that ever made him feel home—the Abbots. Avery loved Mason silently for years—until he broke her heart…completely. But time and life have a funny way of changing people, and sometimes second chances are there for a reason. Could this one save them both?

My Thoughts:
This ARC was kindly provided from the author in exchange for an honest review.

This is a heart breaking story of Avery, a single mother who struggles everyday to raise her autistic son Max. Her entire life is layed out in a checklist that she has to follow to the T for her son to be comfortable and not act out as she described. The opening scene of the so soft spoken and heartbreaking that it had me absorbed into the book immediately.
Meet Mason street, a rock band singer whose dream ended stortly after it began. In an attempt to piece his broken pieces and lick his wounds, Mason returns back home, at the house he spent most of his childhood. Ray Abbot's home, Avery's father. Everyone is pretty happy to see him there except Avery who still remembers the time he broke her heart.
As the story progresses the characters change a lot and develop into something beautiful and real, I liked that they achieved what they wanted from all along and that they did not lose their track with the pages. I came to love Mason, because he became a sweet man, that actually cared about the people around him and he is not scared to show it. As for Avery, she learned how to live her life and little more and started believing in second chances, and that the world doesnt always circle a checklist.What I appreciated about Avery even more was the fact that although she crazy in love with Mason, she did not lose focus on Max and his constant needs.
Max, was always in the background BUT the author did a great job of somehow centering him. Everything involved around him no matter he wasnt talking a lot, or was just playing on his ipad, I got to give her credit for this. It was just amazing, and something not all author can actually work around.
The writing was brilliant, with a double POV, I felt like I knew everything that was going inside Avery's and Mason's head, the feelings where strong and the ride was hard. The plot is really down to earth, dealing with real life issues, autism, acceptance and second chances.
I gave How We Deal With Gravity four stars because I would like to read a little bit more of Max since he was the center of attention of everyone.

Posted by The Accidental Reader at 4:55 PM