Did I Mention I Love You? By Estelle Maskame Spotlight


Ask Estelle Maskame:
What inspired you to write this story and what is the scene you had most fun writing?
At the time I was really into YA novels where the two main characters couldn't be together, but the reason why was usually rather easy to overcome. I wanted to write my own YA forbidden romance, and that's when I got the idea of stepsiblings falling in love, and I wanted to write and explore the issues that are raised from this type of relationship. I absolutely loved writing the scene up at the Hollywood Sign!

Praise for Did I Mention I Love You? 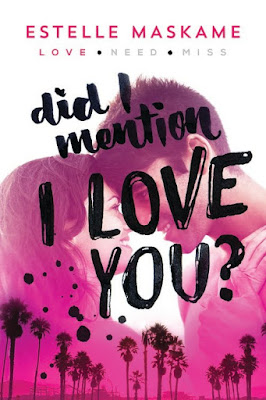 “Readers will root for them, like they would with Edward and Bella—the mutual attraction and need for one another is palpable. It rings of passion, excitement, and first love.” –VOYA Magazine

“An edgy young adult romance with dark layers” –The Examiner

“A believable coming-of-age story and an unconventional romance, set against a present-day California summer... . The fallout of divorce, the insidiousness of substance abuse and family secrets, and especially the pangs of first love drive this emotionally resonant tale.” – Publishers Weekly

“Written in first person, Maskame’s trilogy opener is an excellent portrayal of a teenage girl’s life in the 21st century. Eden has to adjust to her blended family, try to feel pretty, be body conscious, and make friends, all while falling in love for the first time. She is someone all young people can relate to...Romance fans will be captivated by Eden and her journey to finding herself and true love.” –School Library Journal

Love is everything but expected.
Eden Munro came to California for a summer of sun, sand, and celebrities- what better way to forget about the drama back home? Until she meets her new family of strangers; a dad she hasn’t seen in three years, a stepmonster, and three stepbrothers.
Eden gets her own room in her dad’s fancy house in Santa Monica. A room right next door to her oldest stepbrother. Tyler Bruce. Whom she cannot stand. He has angry blue eyes and an ego bigger than a Beverly Hills mansion. She’s never felt such intense dislike for someone. But the two are constantly thrown together as his group of friends pulls her into their world of rule-breaking, partying, and pier-hanging
And the more she tries to understand what makes Tyler burn hotter than the California sun, the more Eden finds herself falling for the one person she shouldn’t…
Did I Mention I Love You? is the addictive first book in Wattpad sensation Estelle Maskame’s DIMIY trilogy: three unforgettable summers of secrets, heartbreak, and forbidden romance.
Goodreads Link:
https://www.goodreads.com/book/show/25883610-did-i-mention-i-love-you
Buy Links:
Amazon- http://ow.ly/SAmvg
Apple- http://ow.ly/SAvv7
Barnes&Noble- http://ow.ly/SAmJH
BooksAMillion- http://ow.ly/SAmR5
!ndigo- http://ow.ly/SAnIE
Indiebound- http://ow.ly/SAnRt 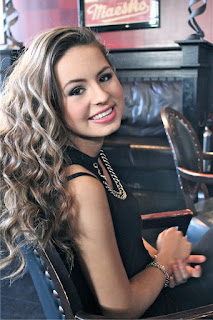 Estelle Maskame started writing at the age of thirteen and completed the Did I Mention I Love You?  trilogy when she was sixteen. She has built an extensive fan-base for her writing by serializing her work on Wattpad. Fitting book writing between work, Estelle has amassed followers from all over the world. She lives in Scotland. For more visit estellemaskame.com
Social Media Links:
http://books.sourcebooks.com/dimily/
https://twitter.com/EstelleMaskame

Did I Mention I Love You? Excerpt

I can almost see the road through the gaps in the fence by the side of the house, and I squint through. There’s music playing. More like blaring. I can hear it over the crappy music that’s already bouncing around the back yard, and as a sleek white car speeds up to the edge of the sidewalk and skids against the curb, I grimace in disgust. The music cuts off the second the engine is killed.

“What are you looking at?” Rachael asks, but I’m too busy staring to even attempt to answer.
The car door swings open roughly, and I’m surprised it doesn’t fall straight off its hinges. It’s difficult to see clearly through the fence, but a tall guy gets out and slams the door shut just as aggressively as he opened it. He hesitates for a moment, stares at the house, and then runs a hand through his hair. Whoever he is, he looks su-per depressed. Like he’s just lost all his life savings or his dog just died. And then he heads straight for the gate.

“Who the hell is this jackass?” I mutter to Rachael as the figure nears us.

But before either of us can say anything more, Jackass decides to hit the gate open with a fist, drawing the at-tention of everyone around us. It’s like he wants everyone to hate him. I figure he’s probably that one neighbor that everyone despises, and he’s only here in a fit of rage because he wasn’t invited to the lamest barbecue get-together that’s ever been hosted.

“Sorry I’m late,” Jackass comments sarcastically. And loudly too, with a smirk on his lips. His eyes flash green as emeralds. “Did I miss anything besides the slaughtering of animals?” He throws up the infamous mid-dle finger to, from what I can see, the barbecue. “I hope you guys enjoyed the cow you just ate.” And then he laughs. He laughs as though everyone’s expressions of disgust are the most entertaining thing he’s seen all year.

“More beer?” I hear my dad call out to the silent crowd, and as they chuckle and return to their conversations, Jackass heads through the patio doors. He slams them shut so hard I can almost see the glass tremble.

I’m stunned. I have no idea what just happened or who that was or why he’s just entered the house. When I realize I’m slightly slack-jawed, I close my mouth and turn to Rachael.
She bites her lip and pushes her sunglasses down over her eyes. “I’m guessing you haven’t met your step-brother yet.”

Eden and Tyler have desperately tried to ignore their love for each other for the sake of their family. But they can’t seem to stay apart for long, especially once Tyler invites Eden to spend the summer with him in New York.

Away from their life in California and caught up in the excitement of the city, their summer fling turns into something much more serious. Unable to deny their feelings, Tyler and Eden must face reality. But how will their family react when they confess their romance? And is their relationship strong enough to survive the fallout?

Eden’s on her way back to Santa Monica for the summer, and she hasn’t seen Tyler since the devastating fallout of their forbidden relationship. Eden claims to have moved on—but Tyler wants to rekindle the flame.

He convinces Eden to visit his new home in Portland, Oregon, where he has set up a center for troubled teens. Eden’s proud of what he’s built, but the last time they were together, it nearly destroyed Eden and their family. Then a tragedy draws them together, and Eden must search her heart and decide if Tyler is worth the risk once and for all.
Posted by Sharon at 2:51 AM