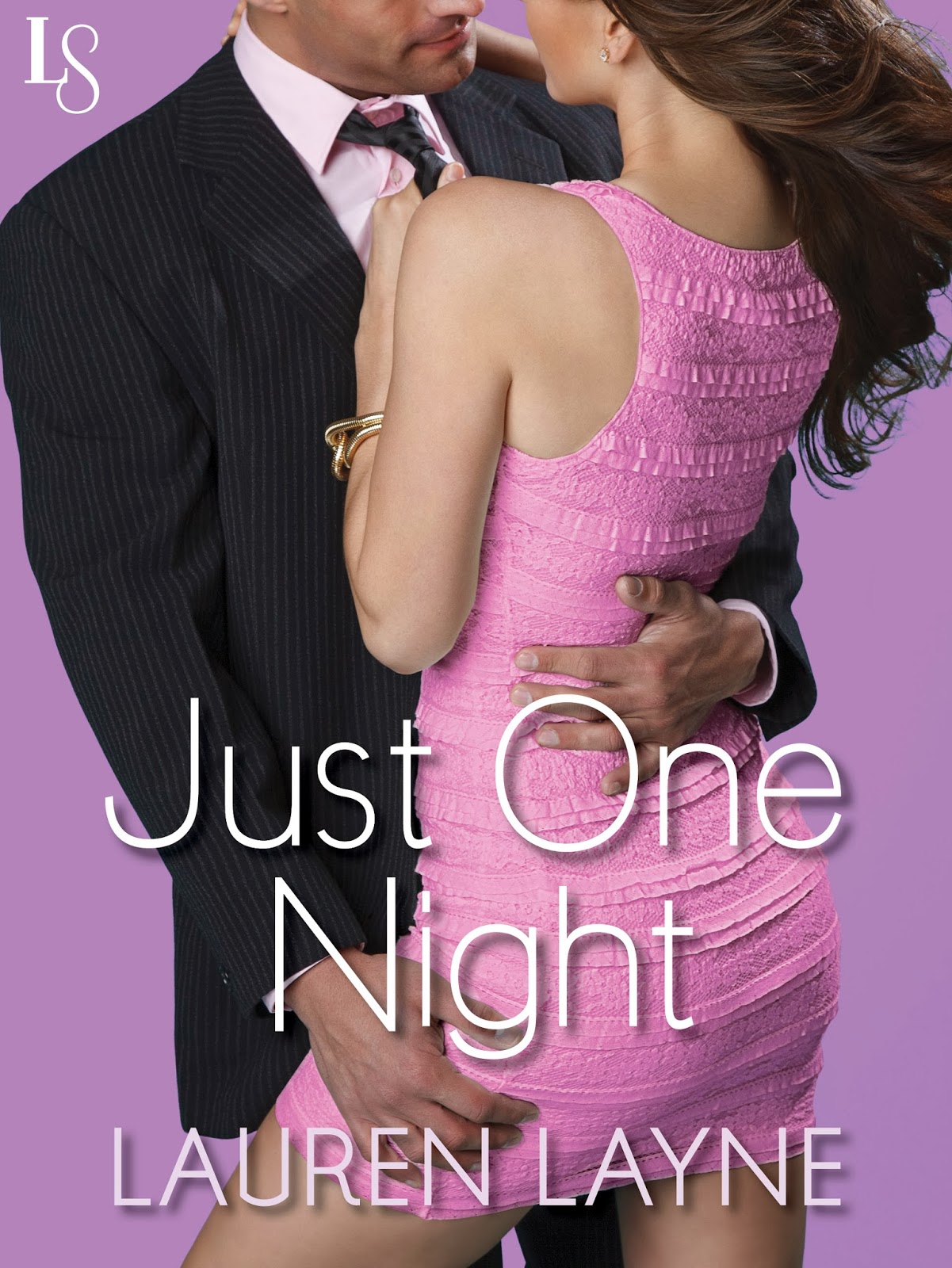 
"In Lauren Layne’s sizzling Sex, Love & Stiletto series, New York’s hottest “sexpert” has been living a lie—and it’s up to one man to keep her honest…all night long.
Riley McKenna knows sex—good sex, bad sex, kinky sex…Her articles in Stiletto magazine are consistently the publication’s most scandalous—and the most read. But Riley has a secret…all that sexy talk? Not an ounce of it comes from personal experience. Her own bedroom escapades are more limited than even her best friends know. When her editor requests that all columnists write something more personal for Stiletto’s anniversary issue, Riley turns to the one man she’s always been able to count on and calls in the favor of a lifetime.Sam Compton would do anything for Riley McKenna. Anything except be her experimental sex toy. He refuses her request. At least until she tells him that it’ll either be him or she’ll go to someone else. And that, Sam can’t accept. Reluctantly he agrees to her terms—one night of completely meaningless sex in the name of research. Riley thinks she’s prepared for what awaits her in Sam’s bed. After ten years of writing about sex, actually doing it shouldn’t be that different, right? So wrong. What starts as “one time only” becomes “just one more time.” And then one more. And before they know it, Riley and Sam learn first-hand that when it comes to love, there’s no such thing as just one night. "

Sam Compton meet Riley McKenna, she's going to turn your world upside down.
We've met Riley in the previous two Stiletto books. Riley's expertise is to write about sex….but now she's faced with a mission that might just be to big for her belt. 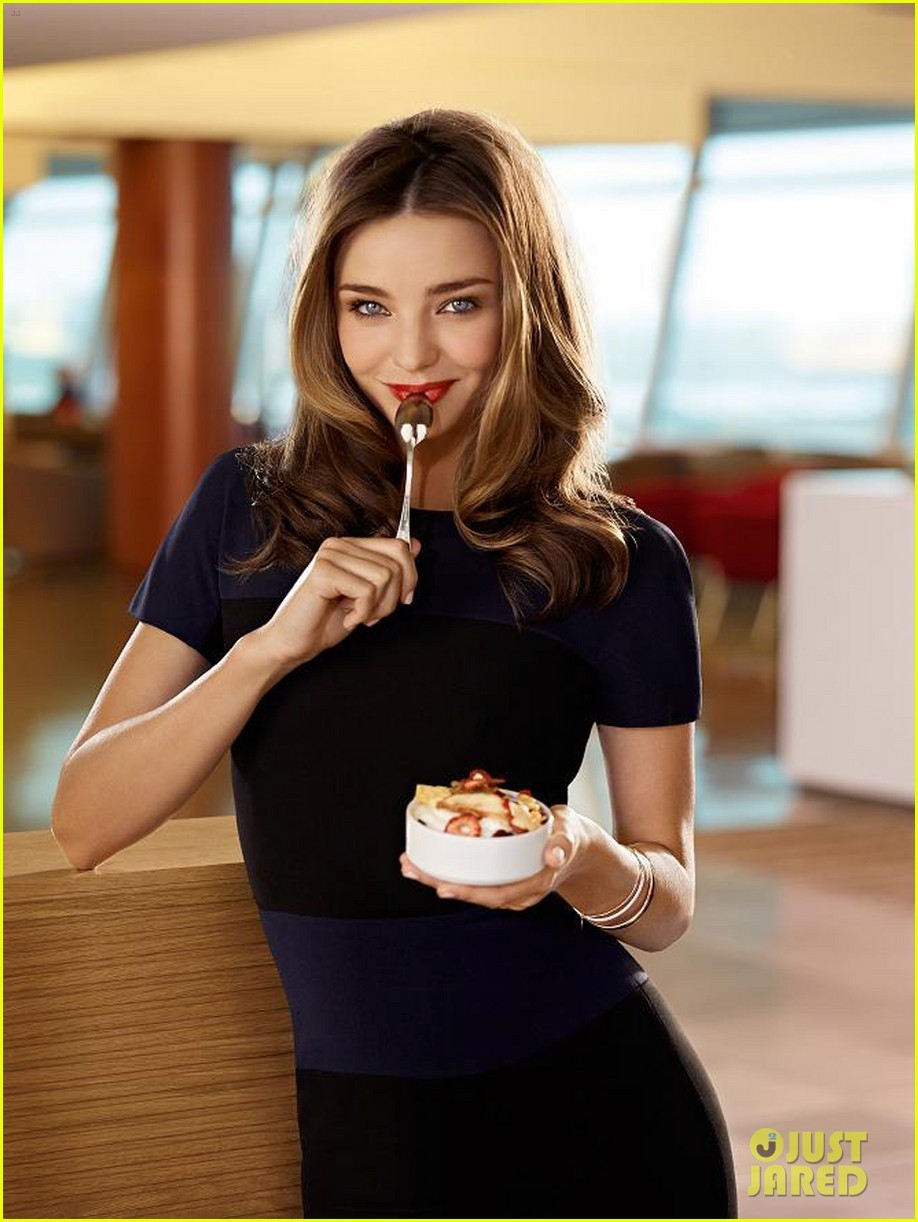 considering Riley love for sweet things, this is a perfect picture
She, Riley Mckenna, is a sexy brunette bombshell with great rack, blue eyes, long legs and and the quality of a sex kitten. Now, she's on a mission for the Love Agency [Stiletto branch].
Her expertise- none. Riley writes the most shocking articles about sex, but the truth is she is just one awkward encounter from being a total virgin.
Her mission- to find the passion within herself. To get personal. 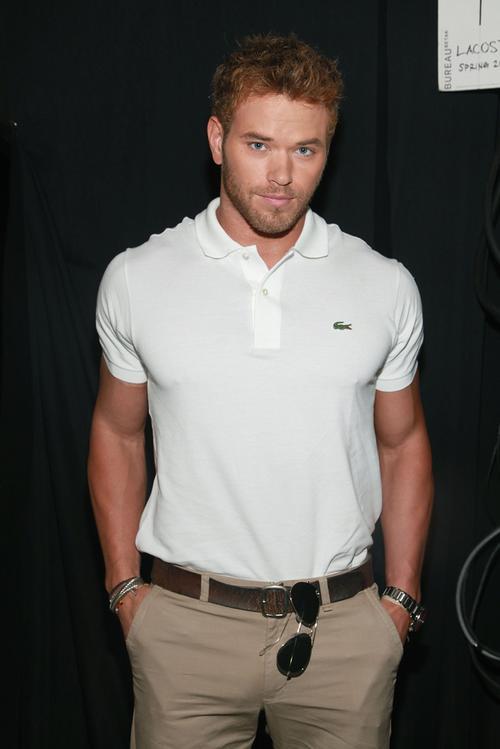 He, Sam Compton, has been hanging around this bombshell since that time ten years ago, that he was invited to his best friend's home and met his sister in the kitchen. He always found her attractive, even so growing up with an alcoholic mother that always blamed him for her problems Sam knows he is not worthy of Riley and he is never going to make a move on her.
But Riley isn't going down without a fight. If she has to get dirty than she might as well do it with the only man she has ever wanted.
Out of all the three books of Stiletto so far, this one was the hardest, I think.
You see, Lauren Layne creates great women- they are womanly, they are fighters, they're full of passion, fun, snark and they are very different from each other. Each has her own role. Just like if you think of yourself with your friends.
You are equals but to each her own skills.
As for the guys, well, they are also very different. Mitchell was the proper kind that had an Alpha male hiding underneath and Jake was the one with the traveling bug and the player ways. Even so, they didn't really have a problem. They were both confident.
Yes, they were somewhat complex and very human, and totally to die for hot but they didn't have a paradox. Some internal fight they needed to win.
In that regard, Sam in different.
I'm side tracking for a moment. Julie had the family issues she had but they didn't hurt much of her everyday life, and Grace had her heart broken but she came back up again. Even Riley with her family and lack of sexual experience does not have any personal demons. As for Emma and Alex, I think that remains to be seen but I suspect that they are also clear of personal demons. At least the kind of Sam's caliber.
In that regard, Sam is different.
You see, Sam is good looking, he is smart. He is talented. At least if the career he left behind and his new business are any indication to go by.
But Sam is afraid to move on, and each time he makes a step forward to dealing with his insecurities he encounters his mother that reminds him how unworthy of everything he really is. And my heart went out for Sam [at least when Riley wasn't getting hurt from it].
Loving someone damaged is never easy, and I dare say most people are damaged in one way or another. But loving someone whose damage prevents him from going forward and achieve his dreams? It's even harder. This is not a heavy book. It's light and fun, but Sam's insecurities are dealt with seriousness, and I really do believe out of all three love stories we read so far Sam's & Riley's are the hardest.
What I loved about Riley was that at first she accepted Sam as he was, she gave him the space he asked and did things on his terms. moved on his pace. But when she saw that it's not helping him, when she saw and understood what he was dealing with she stopped cutting him some slack and demanded that he grow up. She threw it all in his face and left him to deal with the harsh truth. Sometimes doing that is even harder than supporting the one you love.
Out of this series this one is my favorite because of that very reason. It's fun, it's light but it's also very serious. And you can see Lauren Layne's growth as a writer. I think she is one author I can trust to tell me a wonderful love story in a light way with a serious subject and balance it all in just the right way.
A review copy was kindly provided by Loveswept in exchange for an honest review

This review is also on: BookLikes, GoodReads, LeafMarks
Posted by The Accidental Reader at 1:32 PM