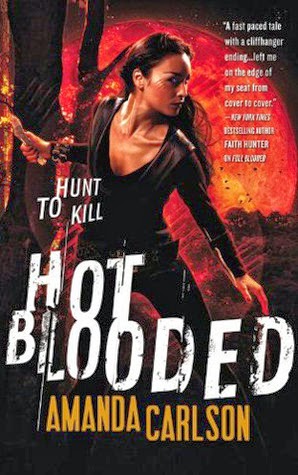 "It hasn't been the best week for Jessica McClain.
Her mate has been kidnapped by a Goddess hell-bent on revenge --- but Jessica is playing for keeps.Because she's the only female werewolf in town...it comes with its own set of rules...and powers.Aided by two vamps, two loyal Pack members, and one very reluctant human, Jessica must rescue her man while coming to terms with what being a wolf really means.All in a day's work for a girl.The second novel in the Jessica McClain series is a full on action adventure featuring one angry Goddess and plenty of monsters, demons, and a few newly risen beasties..."
Review:
Here, Jessica tries to save her mate. Escorted by two vampires, two werewolves and one angry human, Jessica sets out to save Rourke from one sadistic and vengeful goddess.
May I just say I LOVED this book.
There is a fair share (the lion's share) of world building here. We encounter demons, bats, mermaids (of sorts), spiders, ants, magic, and a little witch's potions. Furthermore, we learn of the system- the hierarchy between the sects and who controls and enforce laws on all the sects, we also learn how one achieve the status of a goddess. There is more character development as we get to know some of them better.
There is lots (!!) of action, for those of you that like fighting scenes, some hard decisions are made and some new alliances are forged.
There are only few things to complain about, but complain I shall-
First of all, the romance; Jessica and Rourke had a brief encounter before he was kidnapped. Thus their relationship didn’t develop much. As the whole book si about saving him from the goddess, you can guess how much development can possible be here (almost none).
Secondly, while I appreciate information and good dialogues as much as the next person. When a killing scene takes too long because everybody is too damn busy with talking you can guess how irritating this might become.
Thirdly, in case you find yourself not liking this book and consider a drinking game- each time someone threatens to kill someone else you are most welcome to drink. Considering, of course, that you'll take small gulpes or you have a high tolerance for alcohol. Another option is drinking each time someone threatens to kill the human. Or whenever a vampire says that something is impossible to achieve. Both will get you happily drunk quite fast, so still don't use a strong drink.
One thing I really loved is that we learn more about the prophecy and that Jessica grows into her own power.
A review copy was kindly provided by the publisher through NetGalley. Thank you!
This review is also on BookLikes, GoodReads
Posted by The Accidental Reader at 12:13 PM