Teaser reveal: Worth the Fall by Claudia Connor

SO, today I'm going to share with you something hot!

The Accidental Reader is hosting a teaser of a new book that's coming out on 9th September 2014!

We'll start with a bit of information about the book: 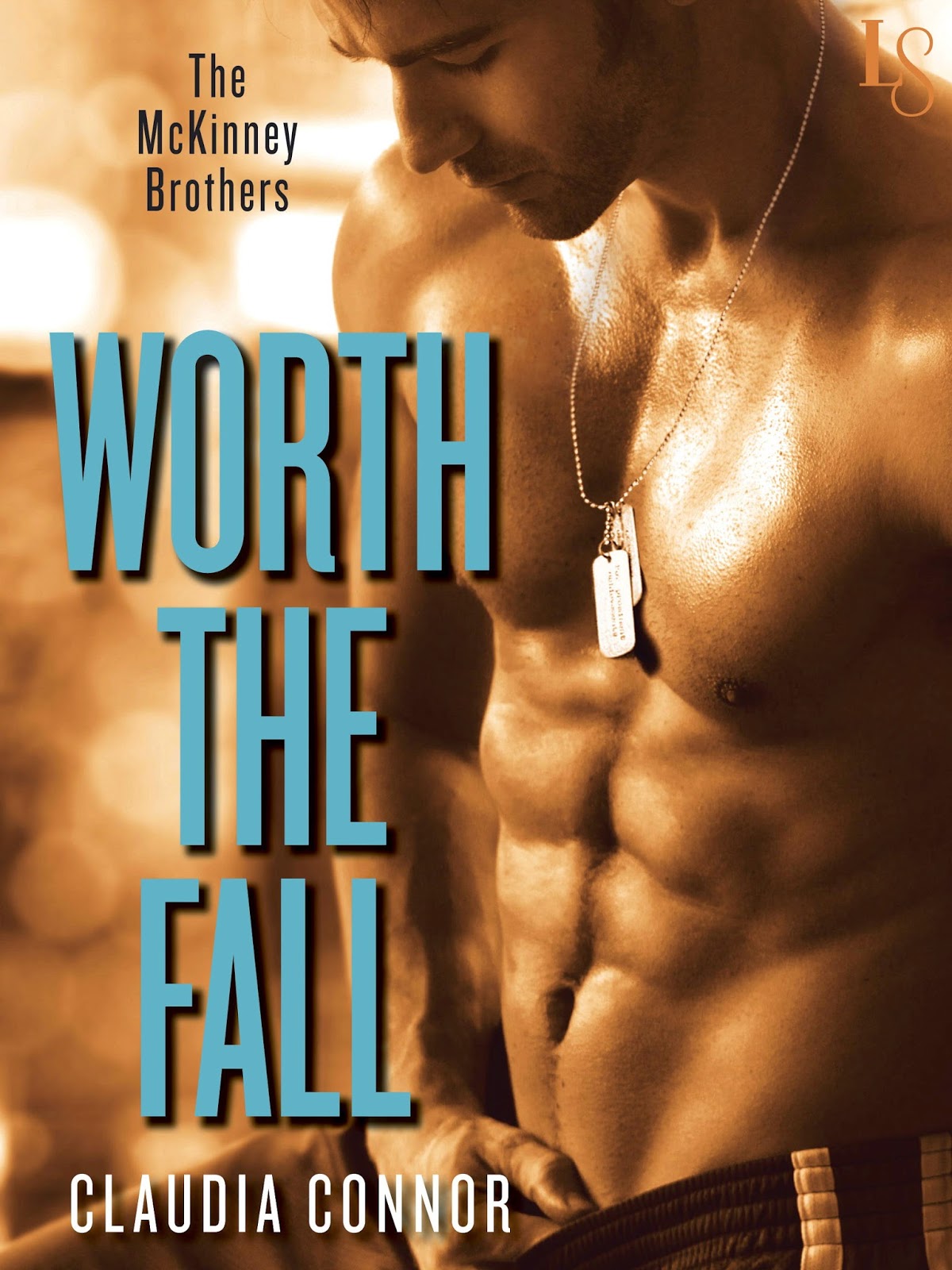 The McKinney Brothers: A Loveswept Contemporary Romance
Written by Claudia Connor
On Sale September 9, 2014
978-0-553-39091-9
Prepare to be swept away by a talented debut author with a passionate, powerful story to tell.

They meet on a beach. . . . Abby Davis isn’t wearing a skimpy bikini or sipping umbrella drinks, not when she’s busy chasing around four little ones. And Matt McKinney isn’t looking for fun—he’s a Navy SEAL, a grown man with a long list of missions . . . and fallen brothers.

They only have a week. . . . Abby has brought her children to this beach to start over, to give them the enjoyable memories they deserve. Matt’s been sidelined by a combat injury, and haunted by the best friend he lost and the promise he made: to remain a SEAL—focused and dedicated. This leaves no time for what he’s always wanted: a family.

But a week is all it takes. . . . Matt opens her heart while Abby soothes his soul. And though they plan to say good-bye when the week is over, something magical happens on that beach, something neither can forget. Something utterly, completely worth falling for.
Well, isn't this just a hot cover? I have to admit, covers like this one really embarrass me...so you can imagine how happy I am not that there are ebooks. I can stare at the cover all I want and people won't know what I'm doing :P
Now, to the teaser :D
" Settle down. He’s only a man.
Using the upper body strength she’d honed at the gym, she strained to crank the stubborn umbrella. She could do it. She’d done it yesterday. For God’s sake.Don’t look completely incompetent.
“Need some help?”
“No, I’ve got it.”
He moved in behind her until he stood so close she felt the loose strands of her hair catching on his chest. Abby inhaled hot skin and male deodorant—a heady, masculine combination that had her struggling to focus.
“Let me help you.”
“I can do it.” She tried to sound forceful and confident, but it came out breathy and—
“I know you can, but I can help.” His words whispered against her cheek. His arms came around her and he easily raised the umbrella, his body brushing hers with each turn of the crank. Then his arms were gone, leaving a strange void.
She turned to face him. He was so close. Nothing between them but the warm breeze. His sunglasses hung around his neck, revealing chocolate-brown eyes. Beyond beautiful, deep and rich, fringed with black lashes. A strong man with soft eyes. Eyes that could talk a girl into anything.
“Hey, Matt. Where’s our castle? I brought my football. Can we throw in the water?” Jack shot off his questions, oblivious to the fact the two adults in front of him stood like frozen statues.
Matt’s eyes held her captive another long second before he turned his attention to her son and she let herself breathe.
“Yeah, sure. One sec.” He walked the few feet to where he’d left his beach chair and came back with two. “There.” He set up the chairs under her umbrella. “You’ll like it better with a chair.”
“Thank you. If you tell me how much, I’ll—”
“You’re welcome.”
“Matt—” She reached for her beach bag, but he stopped her with a hand on her arm.
“Abby.”
Her mind went blank at the feeling of his hot hand on her skin and the sensation he was touching her everywhere.
“Matt!” Jack was about to burst a blood vessel.
“Coming.”
Abby tried unsuccessfully to unglue her eyes as he walked down to the water. Matt’s sleek body dove through the waves as he played with Jack, and each time she held her breath, waiting for him to resurface. When he did, he burst through the water looking like a Greek god, chiseled out of smooth stone and coming to life right before her.
But the way he smiled at her son and gave him high fives made him even more beautiful. And the way she’d felt standing between his arms . . . Ridiculous, but still the word “safe” came to mind.
“Abby?”
He stood in front of her, drops of water clinging to his arms and chest, dripping down the ridges of his stomach.
Jack ran up beside him. “We’re swim buddies. Right, Matt? Matt says you should always swim with a buddy.”
Matt’s raised eyebrows and the smirk he was fighting told her she’d been busted for gawking. “Do you want to come out? The water’s great.”
“Um, no. No, thanks. I’m not a strong swimmer. I mean I can swim, I just—”
“I’ll be your swim buddy.” He grinned and she caught a hint of dimples.
Oh, Lord.
“The ocean still hasn’t grown on you, huh?”
She swallowed hard. “It’s growing.”  "
Oh my....*licks lips* 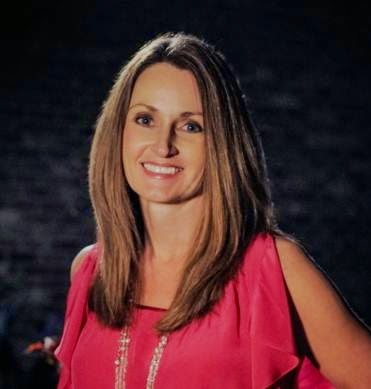 Claudia Connor attended Auburn University, where she received her undergraduate and masters degrees in early childhood education, and completed her studies in Sawbridgeworth, England. Always a lover of happy endings, she enjoys movies, reading, and spending her days putting on paper the stories in her head. She lives near Memphis, Tennessee, with her husband and three daughters.
Connect with Claudia
Facebook | Twitter
Connect with Loveswept
Website | Facebook | Twitter
Find WORTH THE FALL on Goodreads
Are you a book reviewer? Request WORTH THE FALL on NetGalley!
WORTH THE FALL is available from
Amazon | B&N | Google Play | iBooks | Kobo | Other Retailers
Posted by The Accidental Reader at 2:59 AM