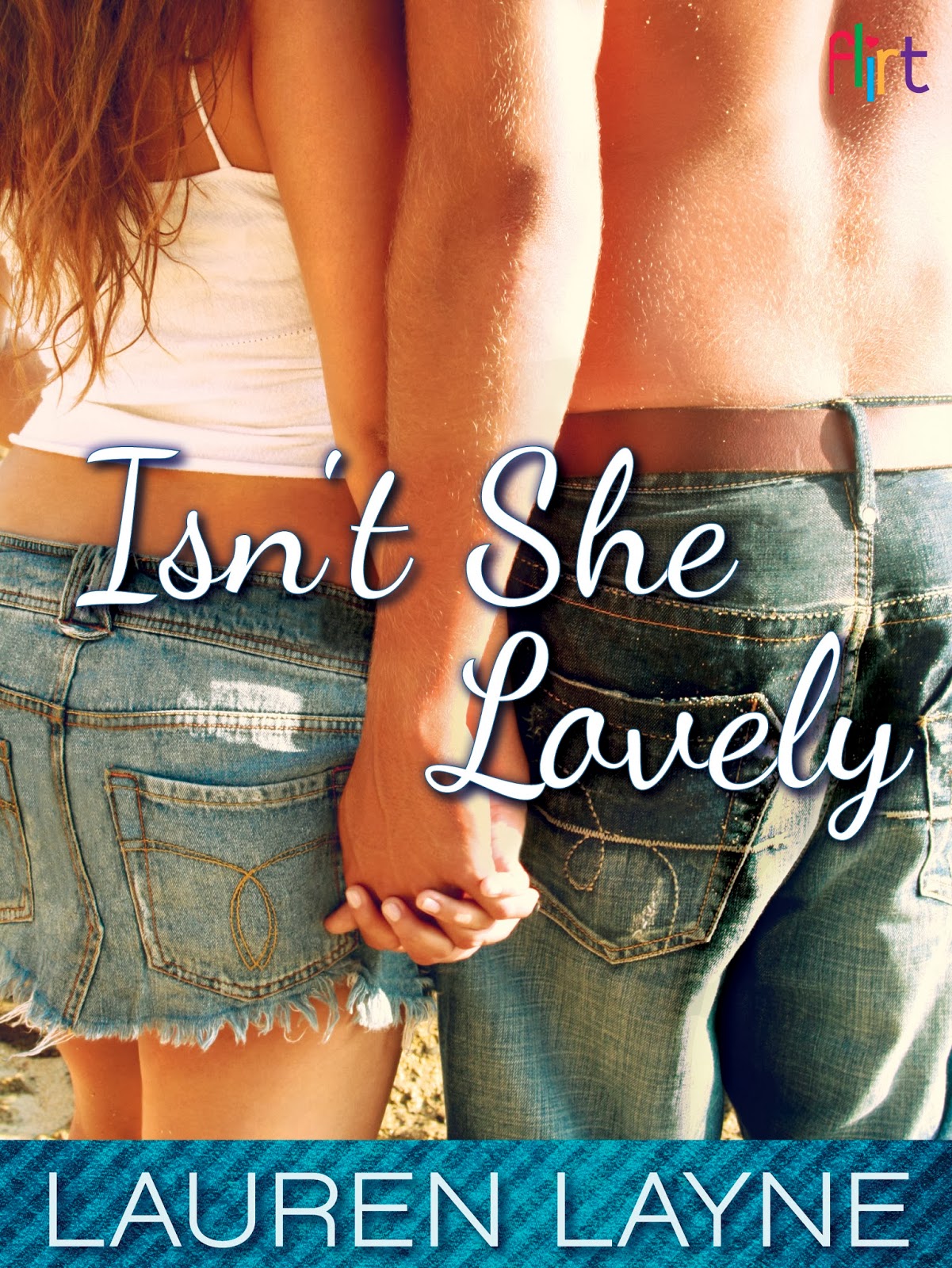 "The rules are clear—until they're broken. Lauren Layne puts a New Adult spin on Pygmalion, also the inspiration for Pretty Woman, and gives the classic love story its edgiest twist yet."Who knew that pretending you're not falling for someone would be so much more difficult than pretending that you are?"Stephanie Kendrick gave up her whole summer to ace her NYU film school screenwriting course, so she's pissed to be stuck with a preppy, spoiled frat boy as her writing partner. Then again, with her piercings, black-rimmed eyes, and Goth wardrobe, Stephanie isn't exactly Ethan Price's type, either. He's probably got his eye on some leggy blonde with a trust fund... or does he?As the summer scene kicks off in the Hamptons, Ethan is desperate to make his snobbish mother forget the pedigreed girl who broke his heart. While Stephanie's a stretch as a decoy, the right makeover and a pastel cardigan just might do the trick. She may not love the idea of playing Ethan's brainless Barbie girlfriend, but the free rent and luxurious digs make a tempting offer. So does the promise of a ready-made screenplay idea inspired by their charade.But when Stephanie steps into Ethan's privileged world, the "acting" begins to feel all too real. The kissing and touching that were intended to fool the Hamptons crowd wind up manipulating "them." And Stephanie faces a question she's too afraid to ask: Is Ethan falling for the real her or for the dolled-up princess he wants to see?"

This is a new adult book. And I love it. I have a confession to make I haven't read many NA books. I think I have under my belt Beautiful Disaster,Walking Disaster and Lick. Out of all of them, I loved only the last.
The Disaster books were exactly as their name implies Disaster with a capital D, yeah.
That whole singing scene in the cafeteria scared me for life. Not to mention the whole Cavemen attitude is far from sexy.
But here, oh, here, we have a fantastic NA. Something rare. I also understand why it happened but I'll explain later on.
This story is about two people in college, the exact opposites, they don't move in the same social circles and now they have to work together on a project for some class. 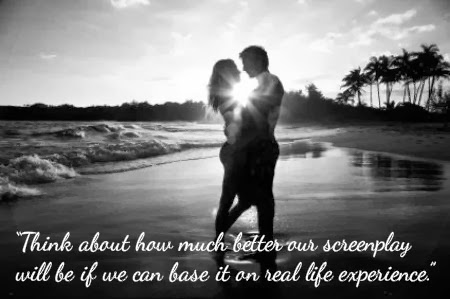 The idea they come up with is quite simple- like Pretty Woman and My Fair Lady- they are going to do a makeover. It doesn't matter that Ethan actually needs it so his family would leave him alone. Or that it's time for Stephanie to wake up.

“In no ecosystem should we even be acknowledging each other’s existence.”
So, she is Stephanie (AKA: Goth Girl) known as a total badass. She used to play with the best of them, and she was world class at the top of her game. A champion of her time.

However,  a series of unfortunate events forced her to grow-up and face the hard reality. Between growing up and rebelling one might say she got just a little bit confused on the way- she is herself but maybe not completely herself. You see, as much as she doesn't want to think about it she might have gone from one role she played to another. 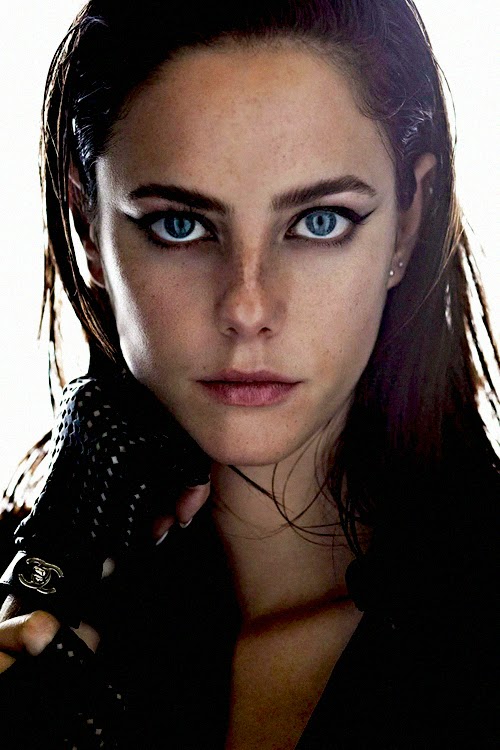 He is Ethan, the good guy. I have no other way to describe him. Don't misunderstand, he delicious(!) but he's good- jock, smart, golden guy. Even when he rebels he does it in such a conventional way.

Our boy here needs to face the fact that his life became just a bit of a country song. Only he finds it a bit hard to accept. Needing to save face he thinks of the best of ways- and hey, a beautiful badass brunette with the biggest bluest eyes and a double Ds is not such a bad idea to help him save his pretty face from the humiliation he thinks he should be feeling. 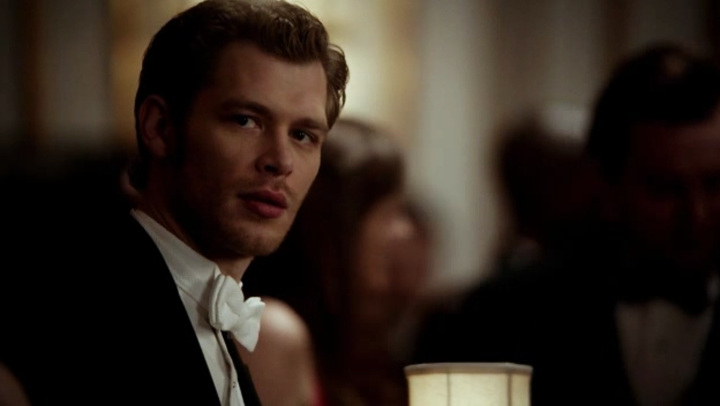 “And here’s what you don’t learn in Film 101…in real life? The meet-cute isn’t the least bit cute. It’s more like a meet-awkward. Sometimes even a meet-shoot-me-now.”

So  Stephanie, the Goth, is going through a makeover so she could fit in the Ethan's preppy family setting. So far so good. But as the story progress we learn more about them. About what the Stephanie went through, which is not very out of the ordinary and her response is only human, we see her growing up into her skin. We see Ethan learning to accept the fact that his dreams to take over the family business, though guided by his family, are still his and what he wants.
Furthermore, we see how despite their supposed difference they are very alike, they complete one another. Each teaches the other about the things missing.

“Some guys have a thing for cheerleaders,” he says, his voice easy. I roll my eyes as I start tossing socks into the bag. “Let me guess. You want to know if I still have my old uniform.” He sets the picture back on the nightstand and moves toward the door. “Nah. Not my thing. But I think I could develop a thing for girls in combat boots.” I spin around in surprise, wanting to see his face, wanting to know if he means what I think he means. But he’s already gone.”

I'm not sure how to explain it so well, but I'll try. You see, the reason why this book is so damn good, in comparison to the genre, is because Lauren Layne is not a New Adult author. She is a chick lit author. Which means from start she is capable of avoiding the most annoying things in the NA genre.
What do I mean? Great you asked.
Many NA books consist of a tattooed guy that was in prison or is fighting a lot. One who acts like a caveman, a Neanderthal. He's tattooed, he's danger, he has a tragic past, a responsibility to take care of something. He's a man-whore, a player, a fighter, a possessive jerk that treats women with disrespect. Because they are stupid whores who want to get in his pants and that's all they are good for, actually. Well, beside the MC of course. Because the MC is so fucking special that she too needs to deal with a troubled past, something so very dramatic it's a miracle she's still capable of breathing, not to mention talking and walking (she is however incapable of thinking most of the times). Most NA books are about stupid meets stupid and they fall in love, thus being even more stupid together (And god helps us with the children they gonna have).
Chick lit book are, mostly, nothing like that. Why? Because I'm sorry to tell you ladies (those of you that haven't figured it out yet) but a guy who treats you like his property, a guy who is not reliable and emotionally strong, is not a guy that you would want to date on real life. Yes, it's a fantasy, a great one for some, but if a guy approached you on the street, picked you up and slanged you over his shoulder telling you the two of you were meant to be, odds are you'll castrate him and run as fast as you can to the nearest police station.

I know we want our man to be The Man- we want him strong, reliable and powerful. But I think somewhere along the way it got confused with the tattooed criminal. For some unknown reason, perhaps in a desperate try to describe a masculine modern male version, we went ahead and chose jerk instead. Because it is just so much easier to portray a man if he is a jerk- his maleness probably will not be in jeopardy then. However, I don't think that's true because-

A girl dreams of dating the bad boy, but she marries the good guy.

Lauren Layne knows it, which is why Ethan is the good guy. Even if he likes Stephanie he understands she has two feet of her own to stand on, thank you very much. She's capable of making her own choices, and he's not allowed to act like a caveman about it. He respects boundaries. He respects her as a human being. And guess what? That doesn't make him any less of a man. That makes him Sexy & Hot.
“I look like the troubled girl parents warn their kids away from, and Ethan looks like the homecoming king.”

Because of all this, Isn't She Lovely reads more like a chick lit with the MCs being in college. No slut shaming, no stupidity, no overly tragic past, no "us against the world" [who invented that stupid saying, I wonder?]. the adults might have disappointed you, but guess what? They are human!!
And still, we have the 'growing up' thing, the 'understanding sometimes things don't go the way you wanted them to' thing, the 'coming out of your shell and finding you center' thing.
I can only tell you that, once I finished this book I checked what other books Lauren Layne wrote. And I read her first book, After the Kiss.
A review copy was kindly provided by Flirt in exchange for an honest review
Posted by Sharon at 1:02 PM