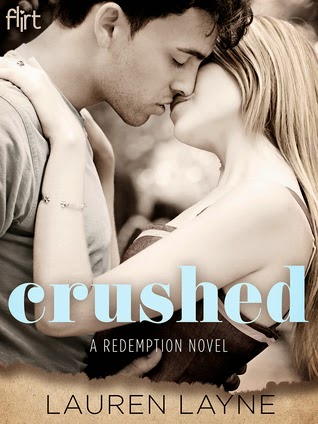 Lauren Layne’s latest novel about the healing power of redemption tells the story of a crush gone wickedly wrong, proving that what you want isn’t always what you need.Growing up in New York, Michael St. Claire never expected to spend his twenties wearing cowboy boots. But that was before he learned about his real father, a total stranger with a family in Cedar Grove, Texas. Once in the Lone Star State, Michael meets Kristin Bellamy, who is exquisitely refined and everything Michael always thought he wanted in a woman. The only problem is that Kristin is dating Michael’s new half brother, Devon.Kristin’s mouthy, curvy sister Chloe has always been in love with Devon Patterson. So when Michael offers to help Chloe break up Devon and Kristin, Chloe agrees to a deal that seems too good to be true. Before long, Chloe finally gets her man, only to make a startling discovery: She no longer wants the guy she had to fight for—she wants the one who stood by her side.After all he and Chloe have been through, Michael swears he’s damaged goods. Can Chloe convince him that love is worth the risk?

She- Chloe Bellamy, curvy, a little overweight, curly messy wild brunette hair with some red and blonde in it and big blue eyes. Chloe has a big sarcastic mouth, she's funny, friendly and compassionate. Really, I loved the girl at first sentence. She's smart, practical, warm.

“Cute,” the girl says, gesturing between Kristin and me. “If you two copulate, I’m calling Pampers to tell them I know where their next baby model is coming from.”

Really, I highlighted most of the things she said or Michael thought about her. 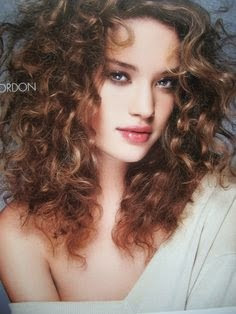 “I know, I know,” the other girl says in a weary voice, tilting the M& M’s bag to her mouth and munching the last of the candies. “I’m the pretty one. Don’t tell Kristin; she’s sick of hearing it.”

He- Michael St. Clair. He was born for greatness with the world at his feet, he could have anyone (except the girl he really wanted,Wanting hert made him ruin his friendship with his two best friends). Now, he works as a tennis tutor and a personal trainer somewhere close to Dallas, Texas.

My tennis skills aren’t why I was hired, and I damn well know it. Growing up on the Upper East Side of New York taught me early that women of the idle rich class get bored easily. A boredom they often ease by taking up with men other than their husbands.

Sleeping with married cougars and planning coldly to get to someone. Why? Because it turns out his life is more soap opera than you think. So playing the uncaring bad boy really fits him now,

Her curvy figure isn’t fashionable… not in places like this, where celery sticks qualify as dinner. But she’s smart about it; she’s joking about her weight before the rest of them can. 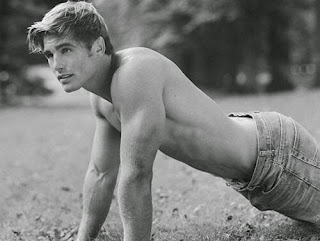 You see, Chloe is in love with her sister's boyfriend, Devon.

The thing is, I loved him before everyone else did. I loved Devon Petterson back before he was cool.

Most days Chloe is OK with who she is, but she has some self esteem issues and she knows that the guy she loved doesn't even see her like.

He doesn’t know that the bold preteen he once knew who pretended she didn’t care what other people thought of her is having a harder and harder time holding on to that illusion.

Slowly, they struck a friendship. For Michael different is the best word to describe Chloe, though he doesn't see it as a good thing. 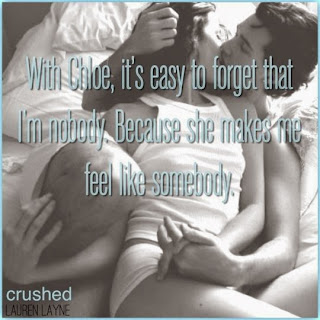 They learn more about each other and Michael helps Chloe get over her insecurities. But then comes the ultimate question- when Kristin and Devon breaks-up will Devon notice Chloe? Will he see her for the funny, smart, kind and amazing person that she is and not just for the bombshell she became? and more importantly- will she want him knowing the answer to these questions?

I really do think Chloe is unique, she is special I have yet to encounter someone so warm and kind she stood by people even when they hust her, she kept wearing her feelings on her sleeve. Never staying down for long, she simply refused to.

She breaks through Michael's defenses.

I don't no at what point I got the hots for Chloe Bellamy, but it's starting to get damn inconvenient.

Chloe calls Michael Beefcake. Yeah, seriously. The girl is damn funny being so honest like that.

Slowly the attraction is building and then a line is almost crossed.

But the real question is not about Chloe, it's about Michael- can he get over his bullshit and take control over his life? Can he fall in love again? Can he avoid the pain he felt over being the second choice? being the No-Choice? Can he take a chance on a girl he knows is worth it? Can he not screw up?

And then, before I’m quite prepared for it, she reaches down for the hem of that bulky white cover-up and tugs upward, pulling it up and over her head until she’s standing there in that damn red, white, and blue bikini. For just a second, my vision goes blurry and my mouth goes dry. Chloe is… luscious. There’s no other word for the way her full breasts strain the blue-and-white-starred top, or the way her waist nips in, or the full curve of hips.
Then she takes Scott’s hand and lets him lead her down toward the dock, and Devon and I get an eyeful of a red-and-white-striped bikini bottom that doesn’t quite cover the white globes of her rather amazing ass.

You see, at some point Chloe throws it all at Michael. All her feelings as genuine as they are

“I love you best. More than I love anyone. More than you’ve ever been loved.” 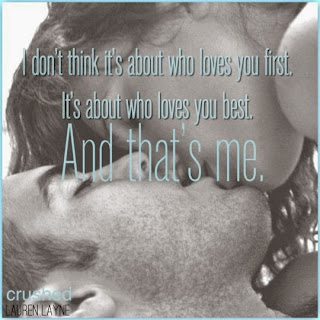 Here is the thing. I'm a huge Lauren Layne fan, I have so much love for this author she's one of those I auto buy even before I know the name of the book.

Because, you see, her writing style, her plot, her characters they work for perfectly for me. I admit, they have their down sides, there are things to be considered, things that could get better.

I know Lauren's plots are not original- that never worried me because she makes them her own. She owns their ass! and I know her books sometimes could border on a soap opera in their plot sometimes (like this book with Michael's family and Chloe's love life), but these books are funny and they don't take themselves too seriously that I really couldn't care less for anything but the fact that they are perfect for me.

In this one I did feel the friendship between Chloe and Michael, but I felt just a little of the attraction. There wasn't enough sweet intimate moments to build it. And as for the love- while I could believe they were in love, I couldn't quite believe they felt that strongly towards each other.

I needed more of them as a couple to believe in that and it just wasn't there.

This book is still amazing because my love for the characters knows no boundaries, and I know Chloe and Michael fit each other well...even Perfectly. After all, Michael made her feel good even before she became a swan, and she made him open up.

But I wanted more of them together as lovers, because their transition was way too messy.

Still there is just so much lurve!

You know what else? These books do have some message to them- It Isn't She Lovely it was about grief and accepting yourself- who you are in your personality against what society expects. In Broken it was about the ghosts that hunts us, the deeds we did and how they make us who we are but also about forgiveness- to others and to yourself. In crushed it's about accepting youself for how you look, never changing for anyone...if you want to change, then change for yourself...it was about accepting other people ghosts and actions and find yourself through the mess. Taking control over you life.

So yeah, there is always so much to love about Lauren Layne's books. Her characters are genuine and likeable, their problems are real their relationship development is real.

This is the last Redemption novel. I'm sad to part ways with such a good series. But Lauren Layne will write more books, and I'll read them too, I'll enjoy the fluff fest!


Lauren, thank you, don't ever stop, just keep getting better

An ARC was kindly provided by LoveSwept through NetGalley. I couldn't be thankful enough.