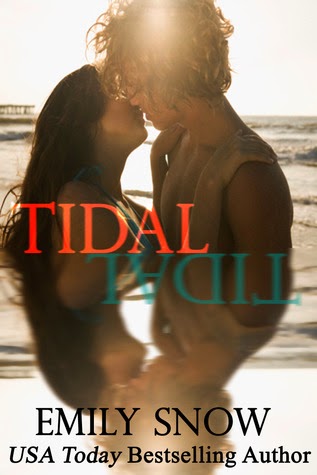 Now that Willow Avery is out of rehab, she's got one chance left to prove herself before she’s officially on every producer’s shit list. At least, that's what her parents and agent are claiming. She doesn't really give a damn if she never makes another movie or not—she just wants to get on with her life, get back to her friends, and find her next escape. But Willow is broke. And whether she likes it or not, acting is the only job she knows how to do.

When she accepts the lead in a beach drama, Willow finds herself in Hawaii. And in Hawaii, she finds Cooper, the gorgeous surfer hired to train her for her new role. With the bluest eyes she’s ever seen and the sexiest Australian accent she’s ever heard, Cooper’s different from the men she’s used to. He doesn’t want to use her. And he refuses to let her fail. But when an old friend re-enters Willow’s life—a friend whose toxicity she’s been drawn to time and time before and whose presence brings about the painful memories she's tried so hard to suppress—Willow will have to choose between the girl she was and the person she’s becoming. The lifestyle that helps her forget the pain and the guy she’s falling hard for.
Review:
This little book was just amazing. I had it my nook for god know how long and I just regretted the fact that I didnt read it sooner.
Let me start by saying this: The characters were so well built, so scrutinized tot he last detail, so amazing that It made my heart swell with pain and love and confusion as the book went on.
Meet Willow, a 20 year old actress already on the verge of failure thanks to her shenanigans around the Los Angeles club scene. Being the victim of alcohol and drugs, having two rounds of rehab under her belt she is finally out and already on her last chance to make a good movie before she ends up in porn.
From page one I knew that this would be a tough book, addressing not only celebrity problems, but self confidence and self appreciation, the need to take control of your life and the need to be understood by everyone who think you are someone you are not. Willow is the perfect character, she has sadness in her, she perceives the world differently and she is not acting like high and mighty that most people do in the Hollywood industry- she is just plain and empty on the inside. She is afraid to love and she is afraid to dare, she doesnt care anymore because caring on of the biggest secrets in her life she is exhausted. She just wants to do what she is supposed to and be left alone and then she meets Cooper.
In one word Cooper is brilliant. He is a surfer and has this funny, assholish, bad boy attitude, I want to get in your pants style that makes him one of the best book boyfriends ever. He is broken himself, lost his mother from drugs and was always under the glare of his abusive father, Cooper tries to find his way in the world through surfing – until he meets Willow. Then everything explodes of both of them and its just amazing to watch.
This is not like other books where the girl falls for the guy within chapters, its slow, torturing and beautiful because the narration is just great. The author did a really good job and while we get tortured we get to see the perfect personality of Willow. Get an insight in her world and trust me I felt every single thing,i felt like I could be friends with her.
The author skipped some parts in the book, like the filming of the movie but I dont think that this was important enough, there were the basic scenes and scenes that we should read about but nothing redudant. The book takes place is Honolulu, Hawaii and the description is really good, bringing Hawaii to my feet (almost felt the sand) and being able to draw a picture of the blue sea and the trees etc.
I loved that the ending was not rushed unlike some other, ehm, books and that it close beautifully.
Posted by The Accidental Reader at 9:54 AM