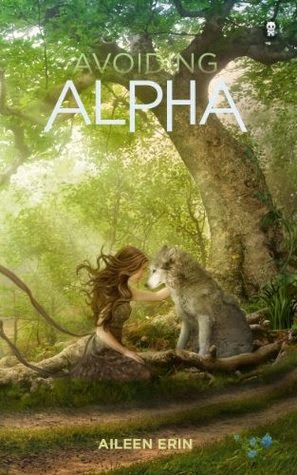 "Seventeen-year-old Tessa McCaide has come a long way since her abrupt entrance into the world of werewolves, but she still has just as far to go before she’s comfortable with turning full wolf. In the meantime, she’s avoiding the topic of shifting to four legs any way she can. Thankfully her mate, Dastien Laurent, is quite the distraction.
When she finds her best friend, Meredith, getting sick in the bathroom, Tessa knows something’s majorly wrong. Meredith was cursed years ago, and the dark magic kept her wolf dormant—only now the wolf is awake, and that same spell is killing her.Tessa has no intention of sitting around while Meredith wastes away. Even if it means playing with magic she doesn’t understand, she’ll do anything to save Meredith’s life. Including bargaining with the local coven of witches and its crazed leader, whose only goal is getting Tessa to join the witchy ranks.Can Tessa save her friend without losing herself?***A 52K Word Novella***"

I'm going to keep this short. For lack of a better term I think of calling this series a guilty pleasure of mine. Only, I don't feel guilty and it is not a pleasure of mine if life had taught me anything about pleasure.

I have never before in my life encountered a book (let alone a series of books) that frustrated me and made me laugh in equal degree.

The Alpha Girl series has the very dubious pleasure of being my first.

Becoming Alpha was a frustrating book with a borderline TSTL heroine, who was really annoying the hell out of me- only I enjoyed making fun of her. So, I kept her. As for the rest of her gang, well, I liked Meredith and I could care less for the rest of them. Really.

I hoped that this book will finally help me reach a desicion. Do I love this series or hate it? Do I want to keep in reading or should I just quit?

It is with sadness I'm admiting I'm still on the fence here.

On the one hand- Tessa is still borderline TSTL, Dastien still proves some creeper signs, Tessa is still special for no apparent reason (IMO), this book contained lots of religion (which is something that kind of annoyes me), Meredith was sleeping most of the book so I didn't get to enjoy her company, and the rest of the gang is just plain boring without much of character development. Oh, and the whole witches story line, what the hell?! [too weird, I didn't understand where did it come from]

To make things worse, I felt like half the book was beating around the bush and that it could be shorter (by half). Which coming from someone like me says something- Need I remind you? As long as a book is well written and well developed I don't care how long it is (especially if most of it is justified).

Well, here we were going in circles, it was annoying, Especially with the fact that things were resolved SO VERY EASILY in the end.

On the other hand- Dastien is really cute. Tessa is building a good relationship with Datien most of the time, which makes me really happy considerig how many books showes aweful (stalkery, too dependant) relationship between to teens in love. Yes, sometimes Dastien border on creeper, but guess what? Tessa at least tells him that he is a creeper on those times and she doesn't accept that. Also, they try to build an equal relationship where they relay on one another and respect each other (yes, sometimes they mess up but they try. I think they deserve lots of points for trying). Meredith and Donovan are really cute together and I want to see more of them [Actually, I have this great idea, how about we ditch Dastien, Tessa and the gang in favot of Meredith and Donovan???]. Last but not least, while Tessa keeps on annoying me greatly I have to admit she's evolving, she's coming to terms with herself and the wolf thingie. She is doing some development- and it gives me hope that in the next book she won't be so annoying.

So yeah, while I can't reccomand it whole heartedly. I still find it better than Twilight & Co.

This review is also on LeafMarks, GoodReads, BookLikes
Posted by The Accidental Reader at 9:06 AM