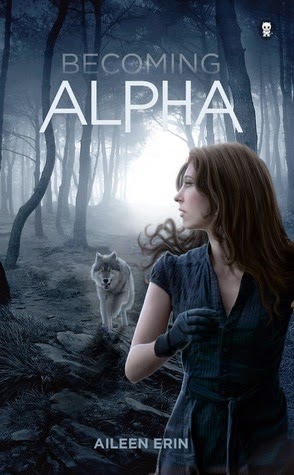 
"Tessa McCaide has a unique talent for getting into trouble. Then again, it isn’t easy for a girl with visions to ignore what she sees. Luckily Tessa and her family are leaving California and moving halfway across the country, giving her the perfect opportunity to leave her reputation as “Freaky Tessa” behind.
But Tessa doesn’t realize that kissing the wrong guy in her new Texas town could land her in far more trouble than she ever imagined. Like being forced to attend St. Ailbe’s Academy, a secret boarding school for werewolves. Even if the wrong guy did accidentally turn her into one of “them” and doom her to attending the weirdest high school ever, Tessa can’t help her growing attraction to the mysterious Dastien Laurent.When vampires attack St. Alibe’s and her visions pinpoint an enemy in their midst, Tessa realizes that boy drama and her newfound canine tendencies might just be the least of her problems"
Review:
This book came out more than 3 months ago. And only now do I write my review as I had trouble writing it before.
When thinking of this book I cannot avoid the feeling of Twilight. Once again we have an insta-love that is quite not…well…clear?
I really couldn't comprehend what Tessa found in Dastien or what he found in her for that matter.
Also, Tessa is this annoying character. I mean, her parents love her, her older brother adores her, she has this rare gift that could be really useful, and it seems like her destiny holds greatness.
Guess what she does folks?
Yep, she cries, she complains and she shows no signs for greatness (though once in awhile she shows signs of something that might one day after lots and lots of training become quite…good?)
Here comes the important question: why did I give it a 3 stars rating? WHY?! This book in many ways is just like any other books in the genre that is out there and we've been through before. Like Twilight.
Truth be told, I'm still trying to figure it out myself. You see, unlike Twilight I actually had fun reading this book.
Bella Swan was so dull, so boring and so very stupid. Her story was boring, her guy was way too much 'perfect' I wanted to kick his ass to the medieval times.
But Tessa? Maybe someone hit me on the head, I don’t know. But while Tessa is an annoying character, she is also really fun to laugh at.
She'll go and say how she's not stupid then will go and do something totally stupid, and before I realized what was happening my whole interaction with her became one when she did or said something and I commented on it in the most sarcastic way possible and I had fun.
Furthermore, Tessa's world has potential. Yes, I admit that more often than not it was a soap-opera (reminding me of the days me granny forced me to sit with her and watch "the Bold and the Beautiful", augh) but it had potential.
I want to see how the witches' folklore here will evolve; I liked the fact that vampires were ugly and quite stupid. I liked the talk about the weres and their abilities and I'd like more explanation on that part.
Also, while some of the side characters weren't that needed. Some of them, like Mer, were totally awesome.
I'm a complete Meredith fan! I really like the girl and I really want to see what will happen to her next, who will she mate with (please let it be that totally swoony guy!) will her problem be solved?
The next book is going to be about her problem and I really want to read it. Furthermore, I'd like to see Tessa grow into herself. While she was quite annoying at first, little by little she grew balls. And she has potential to become total kick-ass!
So, while this book is non favorite of mine, it still has some good side to it. And I'd take it to Twilight any day.
A review copy was kindly provided by the publisher through NetGalley. Thank you

This review is also on: GoodReads, BookLikes
Posted by The Accidental Reader at 11:04 AM