The Pianist by Wladyslaw Szpilman (book review by Efterpi) 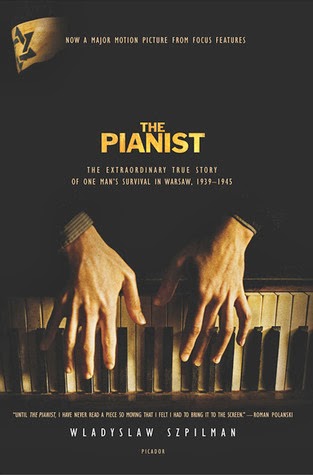 Written immediately after the end of World War II, this morally complex Holocaust memoir is notable for its exact depiction of the grim details of life in Warsaw under the Nazi occupation.

Review:
The pianist is an amazingly well written book by a Jew survivor of WW2. Szpilman starts telling us about his life a few months before the German Invasion in Poland in 1939 and he cuts quick to the chase. Unlike, any other autobiographies based on this particular era we can see how everything started and how situations progressed for the jews and not only. The reader gets the chance to actually read how the newspapers wrote articles about the ghetto and the laws the Germans put out for everyone to follow...laws against the Jews and how absurd all these seemed then. No one believed a word from what was said until the Nazis started killing people in the street for no reason.
We read all these through the eyes of a jewish man who did everything he could do to protect his family, a man who witnessed atrocities of every kind happen to elderly and kids.How the Germans picked out people and executed them in front of everyone ,but also within this dark period we see people who were not that bad. Like a Nazi soldier or lieutenant who helped Szpilman and hide him and gave him food. I felt his hunger when he was looking for food and i felt his anguish as he drank water with bugs in it. The Pianist is a book that gives an insight of how it feels to be the hunted one and why wars like that should be avoided at any cost.
This book does not accuse anyone of anything it only shows that wars happen just because a few people decided on it and not a country as a whole. This book is all about forgiveness and the willingness of one to survive even under the worst conditions.
Posted by The Accidental Reader at 7:31 PM