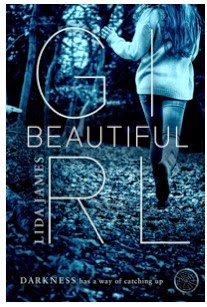 Darkness has a way of catching up...

Sophomore year at Dutchess College has just begun, and Nicole is still haunted by memories of her first love, Zach. As the changing leaves fall on the stately Hudson Valley campus, she takes solace in running—pushing herself to go harder, faster, to be the best. With the wind blowing through her hair, she can almost convince herself that she is beautiful, that she will find love again.

So when Nico runs, quite literally, into the maddeningly elusive Justin, she’s convinced she’s found the guy to make her forget her ex—despite the warnings of her friends and her straight-edged running partner, Luke.
But when Nico is attacked in the woods after a wild night of partying, everything changes. Suddenly, Nico begins receiving anonymous threats, and she no longer knows where to turn for help—or whether even her close friends can be trusted.

All she wants is to be one of the beautiful girls—the ones who never have to chase perfection. But in order to uncover the truth, she’ll have to face a past she had hoped to leave behind forever. She thought she could outrun the darkness, but darkness has a way of catching up…and only one boy can save her.

So, this was an interesting read. I shall simplify:

Why you should read the book

First of all, the writing. While I would not claim it to be the most beautiful writing I had ever encountered (Not even close), it is beautiful. Every few sentences or paragraphs there will be a description that will cut into me like a sharp knife. Something that had me thinking- "yeah, I know that. That's how I think of that".

Secondly, this book has many issues from drugs and anorexia to stalking and death threats. Really, this book covers many subjects and it takes them all seriously. Self insecurity in a major level as well.

Thridly, the characters in this book are somewhat complicated. Some of them are flawed more than the others. Others are simply lost. Some of them are admirable and some are just jerks. However you look at that they are varied and tehre is plenty to love, hate or connect to in one degree or the other.

Fifth, this is a a story of hope. I'll explain in a bit.

Why you shouldn't read the book

Also, as I said there are various characters and they are quite varied. One thing they have in common is that they are very likeable and a little hard to relate. Yes, they have human problems. Yes, I can understand them. However, connecting on a deeper level- for more than just scene or a feeling is a lot harder.

As I already mentioned this book deals with many issues and while it deals with all of them seriously, I have to admit the book was quite ambitious touching so many subjects. It is like when someone is trying to throw those 10 balls in the air and catch them all at the same time. What I mean is that at the end of the day with so many issues and subjects to cover you are left with nothing. It's like when you can't see the forest because of all the trees.

This was a nice read, an intriguing one, Fact is some of the issues are grandeur, but some I think most people deal with in their life- like the need to be beautiful, to connect, to belong, to be loved. Those are things that many of us experience at different points in life.

Nicole also dealt with them and she became stronger, yes, she was far from perfect (in teh start and in the end) and she still has a lot to work on by the end of the book but her story is a hopeful one. She learns. Which says something considering how annoying I found her at first when she tried to act like this "Big Girl" who can handle things and ignored the warning of teh people around her- but aren't we all like that sometimes? Despite the darkness the story keeps on reminding us there is hope- you learn, you keep in going, you grow stronger, There is always hope.

Posted by The Accidental Reader at 10:49 AM