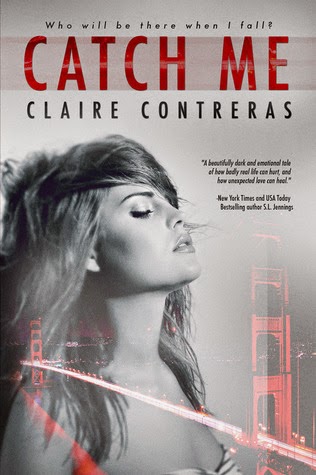 In the past, I've always been given everything I've wanted, but nothing that I truly needed. I've experienced a lot of things in my twenty-five years, everything except the one thing I want. It's the one thing that can't be bought. It can't even be taken, it has to be given. And nobody has ever given it to me, not really anyway. Not until him. Music is the center of both our lives, but as he found his place in it, I lost my way. He soared, while I spiraled down a destructive path. I lost myself in more ways than I can count. The ironic thing is that I didn't realize how lost I was until he found me. And now that he has, I have to wonder if he'll stay around long enough to catch me.

Meet Brooklyn. Ex- drug addict, depressed, daughter of a multi millionaire, traumatized by her selfish mother, traumatized by the death of her best friend and a girl that blames everything on other people but somehow manages to land the perfect boyfriend.
This was the most dragged out story I ever read. But let me start from scratch.
Brooklyn, although she was damaged goods had a likable character and although the story was hard to get into , I liked her from page one. I like that Ms Contreras gave us a lot of background story on Brooklyn in order to make it easier for the reader to understand the present. The story is being told by Brooklyn's pov and sometimes we get to see a chapter dedicated to a past situation or we get memories that shaped her and eventually made her to what she is today.
What I hated about the book was that there were important incidents, situations and stuff going on that eventually the author ignored all together and that was a bummer. Since you introduce something that has the main character crying and breaking up inside and put us, the readers, through hell and back with the emotional roller coaster, make us a favor and give us the story. Describe, dont just refer to it in one sentence and done with it. That made me feel like the book didnt have a point, at all.
Meet Nick, the perfect (as humanly possible) music producer and eventually Brooklyn's boyfriend that had the most misleading description ever. I expected an Alpha male. A guy that was rough and rude and a bad boy from the image that he was promoting but instead we get a sweet, cute, love talking man that (I dont complain I liked him a lot) was what I wasnt expecting. Misleading much? Yeah.
There are a lot of hair pulling situations in this book but I felt like the emotions sometimes were flat and not enough for what was going on. I felt more for Nick than I did for Brooklyn. Oh, and the love triangle wasnt as intense as I was expecting it to be. Another turn off was the kind of instalove-ish thing that was going on. There was time for the characters to meet and although there was a pull that they both felt still the insta-love was there ready to consume us all.
To be honest this was an A-Ok book but I dont think it worths your time...
Efterpi
Posted by The Accidental Reader at 11:24 AM